Of the many thousands of objects that I look at each year, a few dozen are considered as candidates. Of those candidates, twelve are chosen for acquisition. Here are significant pieces carefully chosen to become part of my collection, that, for unforeseen reasons, failed.

Portrait of a Cavalier, by Maurice Ingres. This one hurt, not only because it was supposed to be the centerpiece of the collection, but because I lost $1,000 to a deplorable “seller” who refused to send the painting or refund the money after responding to his deceptive e-mails for months. It was a harsh lesson that could have been resolved with urgency, but my naïveté just happened to meet with a criminal over an artwork that I was desperate to receive at any cost. I took the loss in stride and it helped jump-start the idea to collect one artwork per month, as it was only the second object that I had purchased, after the Zhou Dynasty censer. 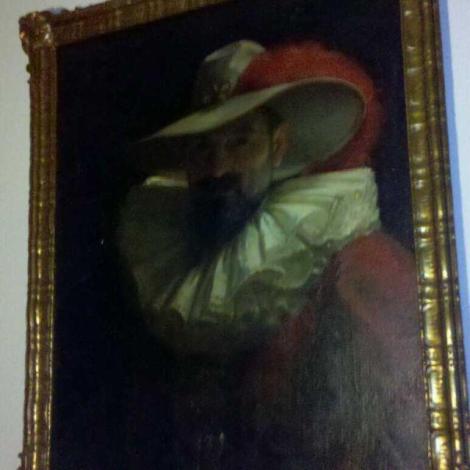 Self-portrait of Harold Speed at age 70. Price was a little over $1,500 at auction. I bought and paid for it but Italian customs apparently forbids all art exports over 50 years old, so the transaction was cancelled. 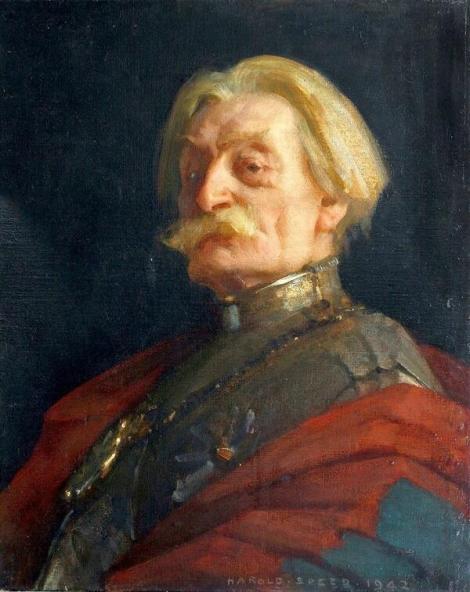 Virgin Mary by Giuseppe Gambogi. This was an interesting case in that the portrait was extraordinarily beautiful, but I have a prejudice against portrait busts (they are not interesting enough to look at from all around) and alabaster, and prefer full-figure sculptures in marble or terracotta whenever possible. At the last possible second (before this auction ended and I had to decide whether or not to place a bid) I found what I was really looking for, an original terracotta by Joe Descomps. 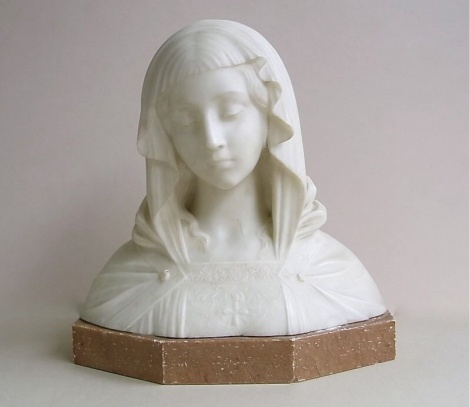 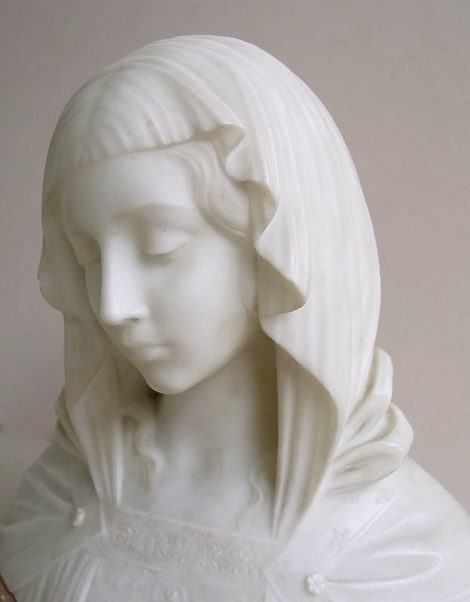 This portrait had qualities that I wanted–oil portrait on wood panel and a composition and style similar to John Linnell’s portraits–but the hands were so far down that they were underneath the rabbet edge of the frame, and the portrait features rang false. I bought the Mater Dolorosa instead, which has a much stronger composition and truly masterful paint handling. The Dolorosa is a much better painting in all aspects. 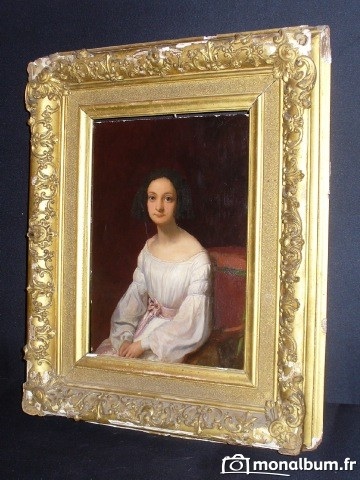 Perhaps the riskiest move I have made was a $5,000 bid for a portrait by Nicholaes Maes on ebay.at. Entered in an all-out bidder war, the winning bidder was a few hundred dollars over what I wanted, which was already about 2.5x more than I had ever spent on any one object. I let it go because it ventured into a price-point that I was unfamiliar with. At $5,000 or above, I couldn’t tell if it was worth it or not, so I balked. That auction happened about two years ago, and now at the beginning of 2015 I continue to avoid anything that approaches $5,000, believing strongly that $1,500-$2,500 is more than enough to buy just about any legitimate but obscure masterpiece on eBay.

There was an error retrieving images from Instagram. An attempt will be remade in a few minutes.